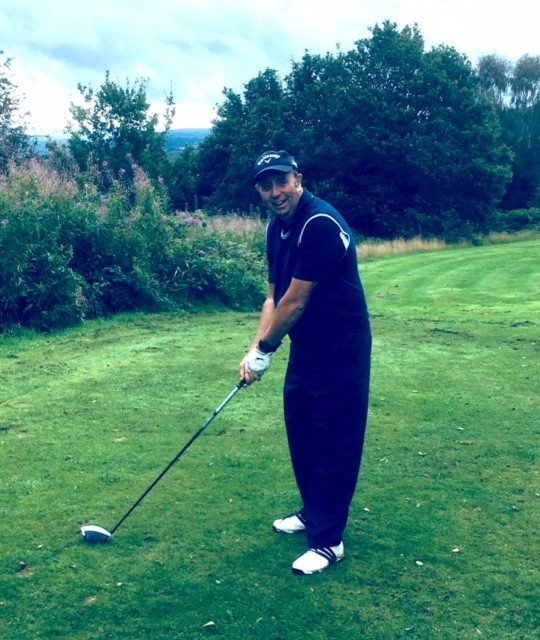 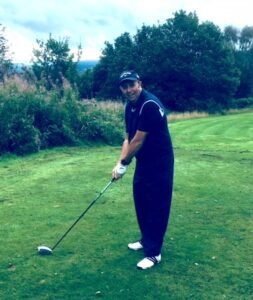 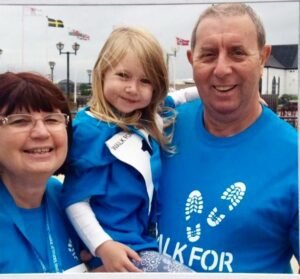 Not one to sit and watch daytime television I work with Parkinson’s wales team, running a parkinsons cafe in Merthyr Tydfil and acting as a buddy in my local health authority to any newly diagnosed people, who might want to talk to someone who has worn, and is still wearing I suppose the tee shirt. I find this work very rewarding. I also helped to set up the south Wales young Parkinson’s  group Facebook page which now has 142 members and is a constant source of information and support for our younger Parky warriors as we like to call ourselves.

My other teeshirt says “old enough to know better but daft enough to do it anyway” and that sums me up. 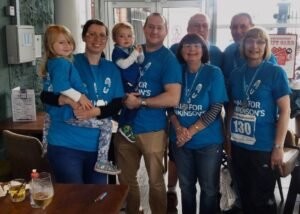 Pulling on the jersey for Wales

Kevin has asked me to join his golf team

To play golf at the Belfry “wow” what a dream

The venue of so many Ryder cup wins

Inspiration for all when competition begins

To walk on the turf where  my heroes once trod

Faldo , Montgomery and Ballesteros “the God”

Then there was Woosie one of our own

As a player and captain what success he has shown

But let’s not forget just what this is about

To publicise Parkinson’s and give it some clout

Such a high profile event and a chance to raise cash

We must ensure we make a big splash

So let’s pull on the jersey and represent Wales